In January, Sue Gray’s interim report on parties in Downing Street made proposals intended to help officials challenge misconduct ‘outside of the line management chain’[1]; in February, a whistleblower accused Facebook of failing to address climate change misinformation[2]; and in March the European Commission rolled out a whistleblower tool to facilitate the reporting of possible sanctions violations[3].

Protect, a whistleblowing service, reported a 20% increase in whistleblowing cases across 2020[4]. The outcomes for a significant proportion of those who blew the whistle were unfavorable. Of the 3,845 whistleblowers who sought advice, one in four whistleblowers who contacted the advice line between September 2020 and March 2021 to report Covid-19 issues such as furlough fraud and risk to public safety were dismissed.

The Public Interest Disclosure Act 1998 (“PIDA”) incorporated the whistleblowing provisions into the Employment Rights Act 1996, with the intention of protecting whistleblowers and therefore encouraging them to flag wrongdoing or dangers such as risks to health and safety. The regime was strengthened through reforms contained in the Enterprise and Regulatory Reform Act 2013.

The whistleblowing regime in PIDA seeks to protect “workers”, including employees, contractors, agency workers, homeworkers, casual workers, some work experience students, and some categories of contractor.

The regime generally protects workers from being subjected to detrimental treatment because they have blown the whistle. In practice, “detriment” is determined by considering whether a reasonable worker would conclude that they were disadvantaged by the treatment in question. If such detriment amounts to a dismissal, the worker is automatically considered to have been unfairly dismissed if the reason (or principle reason) for the dismissal is that the employee blew the whistle. An employee selected for redundancy due to blowing the whistle will also be considered to have been unfairly dismissed.

Proving a whistleblowing claim can be complex and it is perhaps unsurprising that, according to figures from Protect, only 12% of whistleblowers whose cases go to preliminary hearings at Employment Tribunals in England and Wales are successful[5]. However, for those who are successful, the compensation is uncapped.

The legal protections above relate to dismissal or detriment in the employment arena. PIDA is silent in respect of immunity from criminal prosecution where the whistleblower is implicated in criminal conduct.

Immunity from prosecution is attainable under the Serious Organised Crime and Policing Act 2005 (“SOCPA”). Section 71 of SOCPA allows most criminal prosecutors to offer an individual immunity from prosecution by issuing a written immunity notice. Alternatively, section 74 of the Sentencing Act 2020[6] states that if an offender pleads guilty and provides assistance to an investigator or prosecutor, the sentencing court may pass a reduced sentence to reflect the assistance.  These powers have only been used in exceptional circumstances. Between 1 May 2020 and 30 April 2021, section 71 of SOCPA was not used at all; section 73 of SOCPA, the predecessor to section 74 of the Sentencing Act 2020, was only used 3 times[7].  The provision applies to a wide range of offences, including criminal gangs and anecdotally it is believed that this, rather than work-based whistleblowing, is the most common forum for use of the provision.

The process is arduous, offenders seeking to benefit from the SOCPA provisions must undergo a cleansing interview under caution. During the cleansing interview, the assisting individual is expected to provide full details of all of the criminal offences that they have committed. This includes not only full admissions about the criminal offences in question, but also any wrongdoing committed throughout the individual’s lifetime, whether known to the authorities or not, and whether attributable to the individual or not. Without a full admission of guilt, there can be no expectation to receive the full reduction and the agreement may be voided. During this stage, the individual may be arrested or reported for each offence for which they have not previously been arrested or prosecuted. All information available to the individual must be provided and they must agree to maintain continuous and complete cooperation.

Pursuing a cooperation agreement therefore all but guarantees a person’s conviction (potentially of multiple offences) in exchange for the prospect of a reduced and perhaps suspended sentence, making this unattractive to most potential whistleblowers.

It is additionally worth noting, with respect to section 74 of the Sentencing Act 2020, that prosecutors do not themselves have the authority to guarantee a reduced sentence. Section 74 creates an expectation, rather than a right, to leniency by the court, which will take into account the extent and nature of the assistance given or offered. R v Dougall [2010] EWCA 1048 emphasised that “Responsibility for the sentencing decision in cases of fraud or corruption is vested exclusively in the sentencing court (or on appeal, from that court, to the Court of Appeal Criminal Division)”.  In addition to there being no guarantees at any stage, witness cooperation can last for years and include hostile cross examination by multiple lawyers during the trial process.

Despite the obvious imperfections of SOCPA and the Sentencing Act 2020 regime, they remain the only statutory options generally available.  Whistleblowers can also appeal to prosecutors to exercise their discretion to determine that prosecution is not in the public interest. However, where prosecutorial discretion is used, there is no obligation for the prosecutor to justify their decision; a lack of transparency which inhibits development in this area and amplifies uncertainty.

A high profile example of the pitfalls of making a whistleblowing report is Richard Boath, a banker, who was fired by Barclays after the Serious Fraud Office shared a transcript of interviews that Boath gave to criminal investigators looking into the bank’s 2008 capital raising.  He was subsequently charged by the SFO and faced a trial at Southwark Crown Court where he was acquitted by the jury. There are also many examples where the prosecution of the suspects fails and the cooperating whistleblowers find themselves the only party prosecuted or convicted.

The protections available for whistleblowers in a regulatory context are arguably more developed. The best tune to blow the whistle to may be that of the Competition and Markets Authority (“CMA”). In exceptional circumstances, the CMA offers up to £100,000 for information about cartel activity. It also operates a leniency programme which allows businesses and individuals who have participated in cartel activity to apply for immunity or leniency from financial penalties and immunity from criminal prosecution and director disqualification. Complete immunity is available, but only if the individual or business is the first to report and confess their involvement, they fully cooperate and there was no pre-existing investigation by the CMA. Despite this higher level of comfort, between 2020-21, only 13 disclosures were made to the CMA in total[8].

The FCA campaign ‘In confidence, with confidence’[9] signifies a commitment by the FCA to hear whistleblowers out directly, where they decide not to use internal company channels, perhaps out of fear of the consequences or distrust of the internal process. The reporting individuals have a dedicated case manager, are able to meet with the FCA to discuss any concerns and can receive optional regular updates throughout the investigation. However, over a year on from the inception of the campaign, the FCA whistleblowing data is less than encouraging, suggesting that the campaign has not yet resulted in an increase in whistleblowing reports.  The campaign is silent on immunity from regulatory sanction and this may explain the slow take up.

With this background, what could the Whistleblowing Bill and the Office of Whistleblowers set out to achieve?

Protect is currently campaigning for reform of PIDA, on the basis that it is out of date and ineffective. The campaign lists tragedies and scandals which could have benefited from whistleblowing, such as the Grenfell fire and the Carillion collapse. The reforms suggested include (i) protection of wider categories of people, to include Non-executive Directors, volunteers, self-employed workers, job applicants, and others; (ii) tougher enforcement against employers who fail to follow the recognised procedures or who treat whistleblowers badly; and better access to justice for whistleblowers.

Whilst the longer-term success of the FCA’s ‘In confidence, with confidence’ campaign is yet to be determined, the structural support available to whistleblowers could be a model that the Office of the Whistleblower seeks to emulate.

A consistent scheme of access to leniency or immunity

A key stumbling block for many whistleblowers is fear of regulatory or criminal prosecution in respect of their participation in whatever event they seek to blow the whistle on. This is an ethically complex issue but there should be a clear and consistent scheme setting out circumstances where leniency or immunity will apply.

Under the current regime, whistleblowers face inhibitive levels of uncertainty and inadequate protection. The Whistleblowing Bill offers some reassurance that the protection for whistleblowers will increase and the important public service that they provide will be encouraged and safeguarded. However, how this Bill is received by the House of Commons, and whether or not the Office of the Whistleblower will rise to the many challenges facing them, remains to be seen. 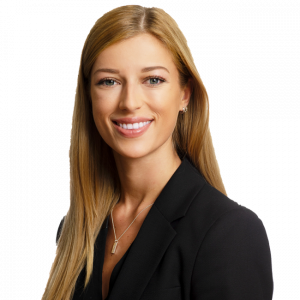 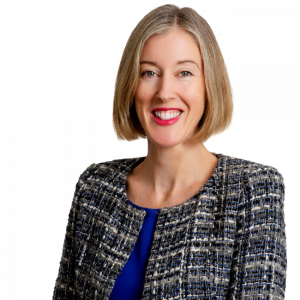