“An absolute rising star who has fantastic judgement and instincts.” 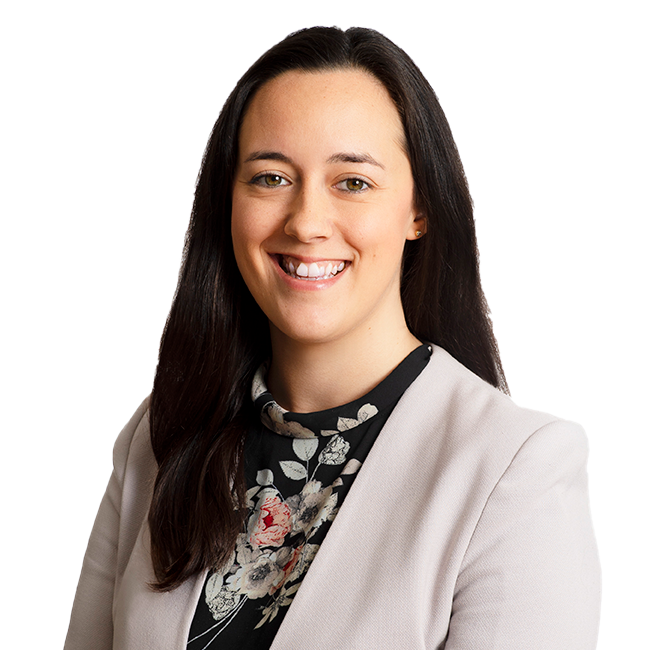 Danielle qualified as a solicitor in 2016 after a two year period of training with the firm.  Danielle is ranked as an ‘Associate to Watch’ in both Crime and Crime: Extradition by Chambers & Partners UK and as a ‘Rising Star’ for Crime in the Legal 500.

Danielle has worked on behalf of individuals in proceedings for fraud, bribery and corruption offences, and frequently those with international elements. Danielle regularly defends individuals at first instance and on appeal who are subject to extradition requests from countries both inside and outside the European Union. She has associated specialist experience in the removal of INTERPOL Red Notices on the basis of political persecution or breaches of fundamental human rights.

In her busy criminal defence practice, Danielle advises individuals throughout investigation and trial. She has significant experience in acting for those accused of domestic abuse (especially controlling and coercive behaviour) violent and sexual offences and possession/distribution of indecent images.  Danielle has developed particular expertise in acting for youth clients under investigation for sexual and cyber-offences, and has published widely about these issues.

Danielle began her career in the Business Crime department of a national firm before joining Corker Binning in November 2013 and qualifying in October 2016.

Danielle completed her Legal Practice Course in 2013 with distinction at the University of Law. She holds a Master’s degree (LLM) in Criminal Law and Justice from the University of Nottingham and an undergraduate degree in Law from Durham University. Whilst in study, Danielle also worked as an inmate advisor for the Prisons and Probation Service.

Danielle is the current Vice Chair of the Defence Extradition Lawyers’ Forum (DELF) and a committee member for the London Criminal Courts Solicitors’ Association (LCCSA) and Women in Criminal Law (WICL). She has also contributed to Working Groups for both JUSTICE and the Law Society, has participated in the submission of written evidence to the Justice Select Committee and is an active member of the Young Fraud Lawyers’ Association (YFLA).

Public inquiries and the limits of the Attorney General’s undertaking

Danielle Reece-Greenhalgh comments in the Metro on ONS crime statistics

Prosecution, deterrence and prevention of sex offences in the digital age

The Trouble with Sexting: Danielle Reece-Greenhalgh published in The Times, The Barrister, Criminal Law & Justice Weekly and Crimeline

The Trouble with Sexting

"Danielle Reece-Greenhalgh performs with a maturity way beyond her experience, handling the most difficult clients with confident ease and demonstrating impressive strategic nous."

“An absolute rising star who has fantastic judgement and instincts.”