Partner Claire Cross discusses the practical tips for all firms that fall under the Senior Managers and Certification Regime. Please note that this article was originally published by Thomson Reuters Regulatory Intelligence.

The second wave of the Senior Managers and Certification Regime (SMCR) will be active from December 9, 2019. With less than three months to go, this article provides some background, guidance and practical tips for all firms that will fall under the regime.

The SMCR arose from the ashes of the 2008 financial services crisis and the subsequent 2013 “Changing Banking for Good” report, prepared and written by the Parliamentary Commission on Banking Standards. The aim of the SMCR was to replace the much-maligned Approved Persons Regime (APER) with a new structure that promoted individual accountability (especially at senior manager level), raised standards of governance and encouraged cultural change in the financial services arena, and which would, in return, restore the public’s confidence in this sector.

Although referred to as the SMCR, the regime is in fact made up of three elements: the Senior Managers Regime, the Certification Regime and the Conduct Rules.

The first wave of the SMCR was rolled out in March 2016 and applied, in the main, only to those involved in banking. The second wave, which will apply to nearly all other Financial Conduct Authority (FCA)-regulated financial services firms, will be active from December 9, 2019. This will resolve the current, unhelpful, position of having two separate regulatory regimes in existence, as the SMCR (including the Conduct Rules contained in the Code of Conduct sourcebook (COCON) of the FCA Handbook) will replace APER. Although instances of wrongdoing that occurred under the old regime will be dealt with according to APER, all future behaviour for those who fall within wave two will be judged in accordance with the new regime from December 9 onward.

The FCA has split firms that fall into the second wave into three separate categories: limited scope, core and enhanced. If a firm is in any doubt as to which category it fits into, it may use the FCA’s firm checker tool, or read the guide to the SMCR for solo-regulated firms, on the FCA website. Different requirements apply to each of the three different categories. The most onerous requirements apply to those that are enhanced firms.

Firms have a statutory duty to ensure that all individuals who fall within the scope of the Senior Managers Regime and the Certification Regime have been identified and trained by the December 9, 2019 deadline, this being when the regime goes live. There is a 12-month grace period for the identification and training of staff who do not fall into the first two categories, but who are subject to the Conduct Rules, to be identified and trained. This means that the entire process must be completed December 9, 2020.

Failing to meet the standards imposed by the Conduct Rules, or being knowingly involved in a breach by the firm, leaves relevant individuals open to FCA disciplinary action. This will be a huge sea change for a large quantity of personnel who have never in the past been directly accountable to the regulator.

Those carrying out senior management functions (SMFs) will find themselves under particular scrutiny as failings in their area of responsibility could ultimately lead to them being subject to personal regulatory action. To assist the FCA with understanding who is responsible for what, the SMCR has introduced two new concepts.

All managers carrying out designated SMFs are required to have a statement of responsibilities (SOR), the purpose of which is to make it clear what that senior manager is responsible and accountable for, under the ultimate accountability of a firm’s governing body. The FCA has stated that the SOR should be clear and easy for both regulators and those in the firm to understand. It should also include sufficient information to describe clearly the actual responsibilities and accountabilities, but without unnecessary details. It must be self-contained and not refer to other documents. There should be a separate SOR for each SMF manager in a firm. A firm should not combine SORs for several SMF managers. Reference should be made to both the FCA’s final guidance document, published on March 8, 2019, as well as to SUP10C. 11 of the Supervision section of the FCA Handbook, when preparing the SOR.

All enhanced firms are required to have a responsibilities map showing how the firm is managed and governed. The FCA final guidance(mentioned above) states that good responsibilities maps usually have a mix of text and graphics. They should be easy to navigate and understand, and should capture group-level governance and management committees.

The deadline is fast approaching. If firms have not already done so, it is essential that they take the following steps: 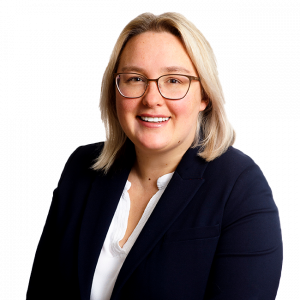