The consultation launched on 22 August by the SRA is the second of its kind dealing with the regulator’s approach to financial penalties. It represents the latest step of the SRA towards increased enforcement powers and autonomous decision making. If enforced, the proposals would see the SRA more able to resolve cases quickly with financial penalties (substantially increased in July of this year), rather than cases proceeding to tribunal. With the penalty cap raised from £2,000 to £25,000, far more serious cases are now capable of being handled directly by the SRA rather than requiring referral to the Solicitors Disciplinary Tribunal (SDT).

Contained within this latest consultation paper is the proposal to update the SRA’s guidance to clarify its position on those found to have committed sexual misconduct, discrimination or harassment. If enacted, these cases will now rarely be suitable for a financial penalty. The SRA intends instead to pursue accused individuals with a view to restricting their practice or striking them from the roll altogether. This position sends the message from the regulator that an individual will no longer be able to pay their way out of allegations of this nature. That this behaviour, if proven on the balance of probabilities, calls into question a person’s ability to continue in the profession on the same terms as before.

This proposed update is entirely in line with the SRA’s tougher approach over the last few years towards sexual misconduct. The #MeToo movement forced many regulators and institutions to rapidly evaluate their policies and procedures, to ensure that sexual misconduct was being appropriately handled. For the SRA, this was also accompanied by the high-profile case of Ryan Beckwith, the former Magic Circle partner accused of engaging in sexual activity with a junior lawyer in his firm. The case laid bare a gap in the SRA’s rules, resulting in the High Court overturning a £35,000 fine imposed by the SDT on the grounds that the tribunal had not found Mr Beckwith to have breached SRA rules by abusing his position. Whilst his behaviour was ill-advised and fell short of the SRA’s principles on integrity and upholding public trust in the profession, no specific rule had been broken.

Since that decision, in November 2020, the SRA (along with others such as the Financial Conduct Authority) has been making concerted steps both towards plugging the particular gap exposed by the Beckwith case and strengthening its ability to fully police the personal behaviours of those it regulates. Whilst findings of personal dishonesty have long been found to impact upon a person’s regulatory status, matters of a personal nature have often been overlooked, being deemed not to cast doubt on an individual’s ability to practice. That is now changing across most regulated professions, and in future individuals can expect far greater scrutiny from the SRA than ever before.  In March-May 2022, the SRA consulted on adding specific rules to its Code of Conduct to explicitly cater for the respectful and fair treatment of workplace colleagues. That consultation is currently being evaluated, but it is generally anticipated that the proposed changes will be accepted.

Whilst the modernization of the regulated professions in the post #MeToo era was always inevitable, it does significantly increase the number of workplace allegations or grievances which may result in regulatory investigation and action. If both the proposal to adopt new rules and the proposal to eschew financial penalties for inappropriate conduct allegations are adopted, it is likely to result in far greater numbers of complaints being made to the SRA with far fewer being eligible for financial resolution. This is entirely in keeping with the SRA’s desire to be seen to be tough on these types of behaviours but does seem rather at odds with the SRA’s stated intention to streamline its processes and divert greater numbers of cases away from full disciplinary proceedings. 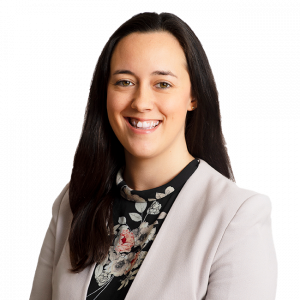