Time for an effective long term strategy for the SFO?

The announcement of the appointment of Simon Duckworth from July this year as a new non executive director to the Serious Fraud Office (SFO) is a welcome move at a time when the government has signally failed to provide the organisation with a clear strategy for its future.  The government’s stated commitment to fighting fraud effectively is now open to serious question.

Mr Duckworth’s experience as Chairman of the City of London Police Authority and his career in the City investment community make him ideally placed to help the SFO shape its future after a period of unacceptable uncertainty.  The reality appears to be that the SFO has been given another twelve months by the government to prove itself.    The likelihood remains that it will be split up and merged, partly with the Crown Prosecution Service (CPS) and partly with the new National Crime Agency (NCA) due to replace the Serious Organised Crime Agency (SOCA) set up under the Labour government.

The SFO and its non executive team have a hard job on their hands.  The organisation’s budget has been severely cut and many of its best lawyers and investigators have left for the private sector.  A Civil Service Capability Review in December 2009, while rightly complimenting the Director’s work in modernising the department,  found that the SFO had a number of “urgent development areas” defined as “significant weaknesses in capability for future delivery that require urgent action”.  These included the need to develop “passion, pace and drive” and to build leadership capability.   To address the serious weaknesses in capability identified in the review, which was issued only 18 months ago, will not be easy.

Questions do remain about whether the SFO has outlived its useful life.  Crown Prosecutors and the police or investigators from other public bodies, such as HM Revenue and Customs, now routinely work much more closely together than they did in the late 1980s when the SFO was established. This has been the case in many of the recent major terrorist investigations as well as the cash for honours and parliamentary expenses investigations.

It is no longer true to say that the SFO has special compulsory investigation powers which the police do not have.  Similar coercive powers to compel witnesses to answer questions and produce documents have been available to police officers working in SOCA and to investigators at the FSA and OFT for some years now.  The new NCA will inherit the same powers as SOCA.

There is arguably no longer a need for a small specialist organisation to handle serious fraud cases, especially since it has in the past been an easy target for bad publicity.  Another model would be to create a specialist division of the CPS to work closely with investigators from a specialist fraud division of the NCA.  In this way, the prosecution of serious fraud would move forward with the benefit of being a centre of excellence in the national prosecuting body which has already absorbed the specialist prosecutors from the Revenue and Customs Prosecutions Office which merged with the CPS in January 2010.

The alternative solution, that of merging the SFO with the CPS to form a world class national prosecution service, would require strong direction from the government coupled with the necessary investment and cultural change to make it work.  For too long, successive governments have failed to develop a coherent strategy to safeguard the development of a successful model for the investigation and prosecution of serious fraud.  The SFO’s stay of execution should be used by all those involved in this area to ensure that an effective long term strategy is developed.  The strengthening of the SFO non executive team is a sound first move but the debate must continue about how to reform the current prosecution organisations.   The government said in January that it would end the “piecemeal” approach to tackling white collar fraud but the message so far is more of the same.

Corker Binning is a law firm specialising in fraud and criminal work of all kinds.  For more information call us on 020 7353 6000. 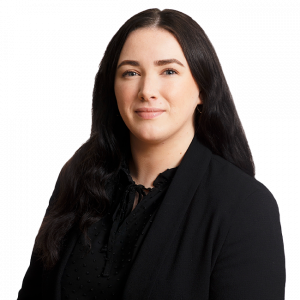