In November 2017 I wrote about the extension of the criminal offence of “failing to report” sanctions breaches to cover solicitors and other professionals such as accountants and auditors, as well as financial service firms.

Yesterday, as part of a new package of measures introduced in response to Russia’s invasion of Ukraine, the Government announced a dramatic change to the legislation that gives the Treasury the power to impose monetary penalties for a failure to comply with an obligation under financial sanctions legislation (as well as for a breach of a sanctions prohibition).

Currently, if legal professionals and other relevant businesses know, or have reasonable cause to suspect, that:

-a person has committed one of the offences under the financial sanctions / asset seizure regimes (for example, by making funds or economic resources available to or for the benefit of a “designated person”);

– or is a “designated person”,

then that business must make a report to the Office of Financial Sanctions Implementation (‘OFSI’) as soon as reasonably practicable, or they commit an offence.

Under section 147 (1) of the Policing and Crime Act 2017, the Treasury may currently impose a monetary penalty on a person if it is satisfied, on the balance of probabilities, that—

(a)  the person has breached a prohibition, or failed to comply with an obligation, that is imposed by or under financial sanctions legislation, and

(b)  the person knew, or had reasonable cause to suspect, that the person was in breach of the prohibition or (as the case may be) had failed to comply with the obligation.

The maximum penalty that can be imposed is £1million.

Section 48 of the new draft Economic Crime (Transparency and Enforcement) Bill 2022, published yesterday, proposes to amend section 147 (1) to remove the requirement that the person must have known, suspected or believed any matter. In the Government’s press release to accompany the new Bill, this is described as a “more wide-ranging ‘strict civil liability test’ for monetary penalties” in order to make it easier for the OFSI to impose significant fines.

Assuming that this Bill comes into force, this is a remarkably tough new test which ought to make banks and other professionals extremely wary of taking any risk in relation to sanctions targets.

This is particularly important given the speed at which new sanctions are being introduced against individuals, businesses and financial institutions in circumstances where asset freezes and other financial services restrictions will also apply to entities that are owned or controlled, directly or indirectly, by a designated person. Those entities may not be designated in their own right, so their name may not appear on the consolidated list of targets published by OFSI. 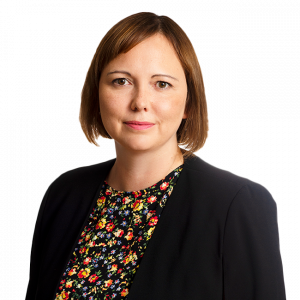