Apart from these two circumstances, a prosecutor may be attracted to a charge of conspiracy for other reasons. First, in a conspiracy the prosecutor does not need to prove the commission of the substantive offence, only that there was an unlawful agreement to commit the offence, regardless of whether the alleged conspirators implemented the agreement. Second, in a conspiracy the prosecutor can rely on certain types of evidence that might not be admissible if prosecuting a substantive offence, e.g. words spoken by one defendant for the purposes of advancing the conspiracy are admissible against all of his or her alleged co-conspirators, even where they are said in the absence of those co-conspirators (providing there exists independent evidence to establish the conspiracy).[2] Thirdly, providing the extraterritorial rules on conspiracy are satisfied, the prosecutor can charge a conspirator even if his or her acts constituting the offence occurred entirely outside England and Wales, and even if the conspirator is not a British national, whereas the substantive offence might not be capable of being committed extraterritorially.[3]

However attractive it may be to secure these advantages by prosecuting a conspiracy, a prosecution can come unstuck if a broad-brush approach results in framing a single conspiracy charge too widely. Two recent decisions illustrate what can go wrong when prosecutors ignore or misunderstand the fundamental legal principles of conspiracies.

In R v Johnson (Ryan) [2020] EWCA Crim 482, the appellants were convicted of a conspiracy to supply class A controlled drugs at a trial at which W, who was at the centre of the conspiracy and had become an assisting offender, gave evidence for the prosecution. The prosecution case was that J and A were wholesale suppliers of drugs to W, who in turn supplied the drugs to B, M and C, for onward supply to other suppliers and ultimately end-users.

W’s evidence was that once a supply chain was established, drugs would be supplied on credit, the money flowing back up the chain after the final sale to end-users. The Court of Appeal found that such evidence was capable of supporting the contention that A and J were party to the wider agreement involving W’s onward supply, such supply being a precondition of payment. There was also evidence of contacts of various kinds between A and J and those below W in the supply chain, as well as evidence of W’s contacts with those below B and M in the supply chain, such as to provide evidence from which the jury could conclude that B and M were involved with a conspiracy with W to supply drugs onwards. The court therefore dismissed the appeals against A, J, B and M’s convictions.

But what about C? In contrast to W’s evidence relating to B and M, W’s evidence was that he supplied C because he knew C had a network of suppliers below him, and he was a cash buyer. There was no evidence of other contacts between C, A and J. Whilst it may have been open to the jury to conclude that W and C were parties to an agreement which involved C’s onward supply of drugs, the court found there was insufficient evidence to go to the jury that C was party to the larger conspiracy charged by the prosecutor, which implicated C in the same agreement as A, J, B and M.

In detaching C from the conspiracy and allowing his appeal, the court referred to one of the fundamental legal principles governing the law on conspiracy, which is that a defendant charged with conspiracy must be proved to have shared a common purpose and design with his or her alleged co-conspirators, rather than similar or parallel purposes and designs.[4] This is so regardless of whether the charge is framed as a so-called chain conspiracy (i.e. where A agrees with B, B with C and C with D) or a so-called wheel conspiracy (i.e. where A at the hub recruits B, C and D). In both types of conspiracy, it is necessary that each defendant be proved to be a party to the common design and to be aware that he or she is part of the common design.

The same legal principle has long applied with equal force to the prosecution of conspiracies to commit financial crimes. As Toulson LJ explained in R v Mehta [2012] EWCA Crim 2824 (allegations of defrauding a bank) and as Fulford LJ confirmed in SFO v Papachristos [2014] EWCA Crim 1863 (allegations of overseas bribery), a conspiracy requires that the parties to it have a common unlawful purpose or design, which means a shared design, not similar but separate designs. Toulson LJ illustrated this point by reference to a so-called umbrella conspiracy, pursuant to which the parties enter into further agreements that may include parties who are not parties to the original agreement:

In complex fraud or bribery prosecutions, there will often be two or more defendants against whom the prosecutor considers there is evidence that they committed a number of substantive offences over a period of time. The prosecutor may infer the existence of a conspiracy from the defendants’ commission of the substantive offences. The prosecutor may also infer the existence of a conspiracy from the evidence of prior communications between the defendants in which they agreed to commit the substantive offences (such offences are rarely committed spontaneously). It does not follow, however, that all of the defendants to those communications necessarily entered into the same agreement, and should therefore be charged in the same conspiracy. The evidence may in fact reveal a series of episodic agreements between different sub-groups of defendants, or agreements in which certain defendants had different (or even conflicting) understandings of what was being implemented, and the purposes of implementing those agreements.

In such cases, R v Johnson demonstrates why a prosecutor cannot roll together these episodic arrangements into a single charge of conspiracy. If a prosecutor concludes that a conspiracy charge is appropriate, the next step should be to identify the nature and number of agreements established by the evidence, and to charge a corresponding number of conspiracies (or substantives).

The other recent decision concerning conspiracies is SFO v Barclays Plc & Anor [2018] EWHC 3055 (QB), which was decided in November 2018 but in relation to which reporting restrictions were only lifted at the end of February 2020. Two of the four counts alleged that Barclays Plc had conspired with sub-groups of their senior bankers (JV, CL and RJ) to commit offences of fraud by false representation, the representations being contained in subscription agreements and prospectuses issued to the market for two separate capital raisings.

The trial judge dismissed the case against Barclays Plc. The SFO applied for a voluntary bill of indictment. Davis LJ rejected this application, holding that whilst Barclays Plc had authorised JV, CL and RJ to negotiate the subscription agreements, prospectuses and other documents relating to the capital raisings, none of them constituted the directing mind and will of Barclays Plc for the purpose of concluding and issuing these documents, which was the specific conduct charged in the conspiracy indicted by the SFO. Rather, the responsibility for authorising this conduct vested exclusively in a committee called the Board Finance Committee (BFC).

Noting that the alleged fraud was implemented – because the subscription agreements/prospectuses had been issued to the market – Davis LJ questioned why the SFO had charged Barclays Plc with the offence of conspiracy rather than a substantive offence of fraud by false representation.[6] The SFO’s answer was that it could have charged Barclays Plc with a substantive offence, but that a conspiracy reflected its case that there was no meaningful distinction between the negotiation of the relevant documents and the issuing of them – JV, CL and RJ were as much the directing mind and will of Barclays Plc for the former as they were for the latter. In collapsing all of this conduct into a single conspiracy (one for each capital raising), the SFO unsuccessfully urged Davis LJ to view the conduct “realistically, in the round as one transaction, one package”.[7]

Thus the SFO fell into the same trap identified in R v Johnson: it charged an overly broad conspiracy which failed to distinguish between two different agreements and the individuals who were parties to those agreements. The first agreement being the negotiation of the capital raising documents, for which JV, CL and RJ were responsible; the second agreement being the issuing of these documents to the market, for which the members of the BFC were responsible. This distinction meant that the SFO could not prosecute an indictment charging Barclays Plc as a conspirator only to the second agreement, in circumstances where the indictment presupposed that the liability of Barclays Plc arose as a result of the acts of individuals who were parties only to the first agreement. Moreover, as Davis LJ noted, collapsing the two agreements into one in order to characterise JV, CL and RJ as the directing minds and will of Barclays Plc would have the “extraordinary” result that the “BFC was not simply deceived by JV, CL and RJ: it was, in effect, to be regarded as its ‘innocent agent’ for achieving the object of the conspiracy.”[8] In other words, a criminal conspiracy is only good in law if the conspirators can be proved to have a shared design. There can be no shared design where one of the parties has only joined the agreement through a fundamentally different (and indeed lawful) understanding of its purpose.

Where a client is charged with conspiracy, the lesson from R v Johnson and SFO v Barclays is that defence lawyers should be alert to what might be called prosecutorial impressionism. That is, the temptation to charge single, overarching conspiracies, when in fact the evidence may only disclose separate agreements between sub-groups of the alleged conspirators, who may have divergent understandings of what was being agreed on each occasion, and divergent purposes in implementing these separate agreements. This type of analysis can cause prosecutions to come unstuck – in an otherwise unremarkable drugs case or the most ambitious SFO case of recent times. 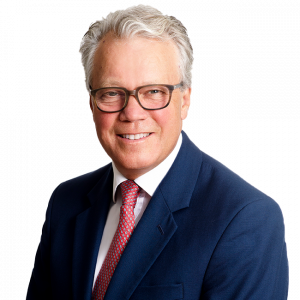