On 9 July 2021, the Supreme Court (‘UKSC’) handed down judgment in R (on the application of AB) v Secretary of State for Justice[1]. It concerned the controversial issue of solitary confinement, made more controversial here by the fact that the recipient of such treatment was a minor.

The UKSC’s mandate was to consider two questions. Firstly, whether solitary confinement of individuals under 18 years of age is inherently inhuman and degrading, and thus contrary to Article 3 of the European Convention on Human Rights (‘the ECHR’). Secondly, if the first question were to be answered in the negative, is there a single test of compatibility with Article 3 for solitary confinement involving persons under 18 so that it is a measure only used in ‘exceptional circumstances in which such treatment is strictly necessary.’[2]

In answering both questions in the negative, the UKSC ultimately reached a conclusion that was unequivocally consistent with the jurisprudence of the European Court of Human Rights (‘ECtHR’), or more accurately the absence of any such jurisprudence that had addressed these questions. In adopting this conservative approach and refusing to interpret and develop the Strasbourg jurisprudence, did the UKSC miss a valuable opportunity for clarifying the application of Article 3 and thereby potentially safeguarding the rights of children who endure solitary confinement?

The appellant had suffered a turbulent childhood. From a young age, he witnessed domestic violence between his parents and was twice placed on the child protection register due to a likelihood of emotional abuse. The result was that he grew up in a multitude of residential placements, none of which was successful, and by his early teenage years, he was subject to a full care order. Shortly after, between 2015 and 2016, the appellant’s offending began and, in December 2016, he pleaded guilty to indecent exposure and sexual assault. The appellant was remanded in custody to Feltham Young Offenders Institution to await sentence the following year.

Upon his arrival, the appellant was 15 years old. He was detained in a cell, alone, with restrictions for him not to integrate or have meaningful interaction with other detainees, save for fleeting instances when three prison officers were present. The reasons cited for his isolation were for the protection of prison staff and his own safety (due to aggressive behaviour displayed towards other detainees). This treatment lasted until 2 February 2017.

Two weeks after his release from solitary confinement, the appellant issued a claim for judicial review against the respondent. The High Court decided that the respondent’s detention between December 2016 and February 2017 had breached Article 8 of the ECHR, but not Article 3 of the ECHR. The Court of Appeal agreed.

To examine the two questions before it, the UKSC embarked on the familiar path, mandated by the Human Rights Act 1998[3], of analysing the relevant Strasbourg case law. The two most important cases it identified concerning allegations of inhuman and degrading treatment contrary to Article 3 were:

Having identified these two cases, the UKSC referred to further Strasbourg jurisprudence that had reached materially identical conclusions, concluding that removal from association is not a violation of Article 3 per se. Rather, an assessment of such a violation had to turn on a case-by-case fact specific assessment based on the set criteria and not any automatic rule.

Yet, there was a chink in the UKSC’s reliance on the case law to this point, which was that it all concerned the treatment of imprisoned adults. The UKSC openly acknowledged this problem:

application of article 3 to the removal from association of detainees aged under 18.”

To remedy this defect, the UKSC discussed another group of ECtHR cases, this time involving the detention of children and young people generally, albeit not in the specific context of solitary confinement[7]. It opined that these cases involving children took a similar approach to those involving solitary confinement of adults insofar as each case repeated the ‘all of the circumstances of the case’ mantra for assessing a violation of Article 3.

To this point, then, the UKSC had teased out the most relevant decisions of the ECtHR and highlighted the limitations of those decisions, i.e. there was no decision concerning the solitary confinement of a child.  This is where the UKSC’s decision took a curious turn.

As none of the decisions was a perfect fit for the facts, one might assume that their value should be to provide a source of informed guidance to assist the court in their assessment of the two questions posed to them. Unfortunately, the UKSC decided that the absence of any decision dealing specifically with identical facts meant that its hands were tied:

“It is of course possible that the European court may choose to develop its jurisprudence in this way, if a suitable case comes before it. But it is not the function of this court to undertake a development of the Convention law of such a substantial nature.”[…] Accordingly, domestic courts were required “to keep pace with the Strasbourg jurisprudence as it evolves over time: no more, but certainly no less”. [8]

Whilst this approach is rooted in established authority, its consequences are troubling. It goes without saying that the UKSC should not seek to undermine decisions and principles adumbrated by the ECtHR. But the UKSC’s approach in this case suggests a positive reluctance to apply those decisions and principles to any factual question that has yet to be decided by the ECtHR. The logical consequence of this approach is that our domestic courts will have to take decisions based on a ‘rulebook’ of European decisions. Keeping pace with Strasbourg is fine when Strasbourg has set the pace, but when it has not, there is a risk that domestic courts and authorities apply ‘square-peg’ decisions to ‘round-hole’ facts.

The UKSC seemed untroubled by this prospect and even doubled down on its position:

This is of course true, but the fundamental raison d’etre of the ECHR is to protect the rights of the individual against an omnipotent state. Domestic judicial verdicts that give the state undue authority to infringe on the rights of individuals may ultimately be overturned in Strasbourg, but such cases take many months, or usually years, to reach that point. In the meantime, the consequences are borne by those most vulnerable.

In the absence of a factually identical decision from Strasbourg, the court could have considered the effect of solitary confinement on a child based on expert evidence and international instruments available to it, as Counsel for the appellant argued,[10] and then integrated this analysis into the existing Strasbourg jurisprudence. Had it done so, it may have come to a different conclusion. Equally, it may not have. Either way, it is troubling that the UKSC was unwilling to engage with this issue on the basis that the ECtHR had not yet engaged with it, and to suggest that the appellant’s only remedy would be to ask the ECtHR to engage with it.

So, if an unwavering allegiance to Strasbourg case law is not the desired approach, the obvious question arises: what is? The answer to this resides in a legal doctrine known as the marge d’appréciation, or margin of appreciation. This is a central principle of international law. It dictates the roles expected of the domestic courts and the ECtHR, and the interplay between them.

The case of Handyside v United Kingdom[11] illustrates the point:

“The machinery of protection established by the Convention is subsidiary to the national systems safeguarding human rights. The Convention leaves to each Contracting State, in the first place, the task of securing the rights and freedoms it enshrines. The institutions created by it make their own contribution to this task but they become involved only through contentious proceedings and once all domestic remedies have been exhausted.”

The UKSC’s approach in this case failed to observe this doctrine; it shied away from the task of securing the rights and freedoms of the appellant by refusing to interpret and apply established principles of Strasbourg jurisprudence to a particular fact pattern. A rigid adherence to this approach risks creating a domestic judicial environment where potentially dangerous and perverse outcomes are possible.

[2] [2021] 3 WLR 494 paragraph 1; the lower appellate courts had already dealt with failures by the respondent under domestic law and Article 8 of the ECHR. The UKSC was therefore not required to rule on these issues. 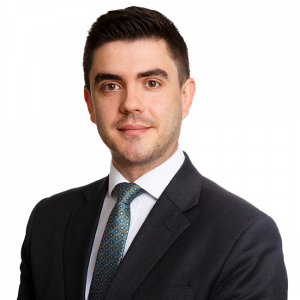