The impact of Brexit on the UK’s extradition arrangements – The Final Countdown?

Edward Grange of Corker Binning looks at the options for the UK’s post-Brexit extradition arrangements with the EU – what will replace the EAW, and where will any new arrangements leave the UK?

“We’re leaving together, but still it’s farewell. And maybe we’ll come back [to Europe] who can tell?”

The 80’s hit ‘The Final Countdown’ has been used as an anthem for many an occasion, particularly (according to ‘behind the lyrics’) when something ‘awesome’ is about to happen. The song, performed by ‘Europe’, has perhaps now found its most apt place as an anthem to accompany the lead up to the UK leaving the EU, an event that is far from awesome in the minds of many (but perhaps not the majority).

There remains just eight months until the UK leaves the EU. Negotiations will no doubt begin to intensify as the government seeks to avoid leaving the EU without a deal. A weak deal could see the UK left floundering in many areas, no more so than in the field of policing and judicial co-operation.

This article will explore what the UK’s extradition arrangements could look like in a post Brexit era between the UK and the EU27.

The reaction of the EU to the ability of criminals to move not only themselves but also their assets across free borders, was to introduce a range of legal instruments and information sharing systems designed and implemented with the aim of combating criminal activity throughout Member States; such instruments as the European Arrest Warrant [“EAW”], the European Investigation Order [“EIO”], Schengen Information System [“SIS”], European Criminal Records Information System [“ECRIS”] and the Prum Convention.

There is no doubt the decision of the UK to leave the European Union puts the UK’s participation in these instruments and information sharing systems in peril.

Time is running out for a solution to be found to prevent the UK becoming a pariah; a safe haven for criminal organisations to flourish. As stated by the Institute for Government, a leading think tank working to make government more effective, in its report ‘Preparing Brexit: How ready is Whitehall?’ the government is currently ‘grappling with the biggest and most complex task in its peacetime history’. They reported that over £2bn has been allocated to fund Brexit preparations up to March 2019. That wasn’t advertised on the side of red buses.

Of course the government should be fully prepared. The UK has already been the subject of a Brexit style exodus when it decided in 2013 to opt out of 130 pre-Lisbon Treaty instruments relating to justice and policing only to then immediately opt back into what the Government considered to be the essential instruments, including the EAW. It therefore decided in 2013 that the EAW was worth being a part of. Fast forward five years and the status quo has not changed. Amber Rudd, before leaving office, described the EAW as “an effective tool that is essential to the delivery of effective judgment on… murderers, rapists and paedophiles”. She stressed that it was a priority for the Government to ensure the UK remains part of the arrangement. The SFO in its 2017 Annual Report stated that one of its biggest strategic risks was the potential loss of access to EU measures and tools as a result of Brexit, a loss it predicts could lead to an adverse effect on investigations and prosecutions.

Given the high esteem in which our politicians appear to hold the EAW it is both surprising and concerning that little appears to have been done since notice was given under Article 50 of the Treaty on European Union to seek to preserve our participation in the scheme. Last month, Michel Barnier, the EU’s chief negotiator, could not have been clearer when he emphatically announced that ‘Britain will be forced to leave the EAW scheme after Brexit’.

His comments deal a significant blow to the UK government, which had hoped, albeit unrealistically, that the arrangement would continue. Mr Barnier insisted that he did not mean that the EU and the UK could not work together on extradition. So what are the options available post March 2019 for extradition arrangements between the UK and the EU to allow the two to ‘work together’?

The possible scenarios are:

An EAW style agreement with the EU27

This scheme would be broadly equivalent to the arrangements the UK has at the moment. Importantly there is precedent for this type of arrangement. Norway and Iceland, both non EU countries, negotiated an EAW scheme with the EU. That is where the good news ends because it took over 8 years to agree and since agreement was reached in 2014 it has yet to be ratified.

Although the Norway/Iceland agreement stagnated for many years before agreement, the government could take comfort from the fact that we are currently part of the EAW system and have been since its inception. Negotiations may therefore not be as protracted as the governments of Norway and Iceland experienced.

However, the unwillingness of the UK to submit to the jurisdiction of the CJEU would undoubtedly act as an impediment to an agreement being reached. Such submission to the court’s jurisdiction is considered by Government to be a political ‘red line’ that will not form part of a Brexit settlement. The Norway/Iceland agreement requires them to ‘keep under review’ the development of the case law of the CJEU. If that is palatable to Government, an EAW style agreement with the EU27 could be possible.

A return to the 1957 European Convention on Extradition (“ECE”)

The ECE governs extradition relations between EU member states and Council of Europe Countries (as well as Israel, South Africa and South Korea) and was the basis upon which extradition arrangements between EU states was underpinned prior to the introduction of the EAW in 2003.

Relatively minor amendments to the Extradition Act 2003 would be required to give effect to the ECE, the most obvious of which would be all so-called Category 1 territories (i.e. EU countries) to be re-designated by the Secretary of State as so-called Category 2 territories (i.e. non-EU countries). Part 2 of the Extradition Act 2003 would then apply, allowing extradition to take place as it does currently for Council of Europe countries and those jurisdictions outside of the EU with which we have extradition arrangements.

There would, however, be several adverse consequences of such arrangement, the most concerning being the speed with which extradition requests are made and processed and the timeframe within which proceedings are concluded. There is no doubt that the introduction of the EAW simplified and sped up the system of extradition within the EU. Described as a system of ‘surrender’ by the Framework Decision that created it, the EAW has resulted in the swift extradition of individuals wanted in other Member States for all manner of crimes, some especially serious. To practitioners, the additional safeguards that have been built into the Extradition Act 2003 for EAW matters, and which offer added protection in a speedy system of extradition, would need to be replicated in Part 2 of the Act. For example, the proportionality bar, introduced to protect against extradition requests made for trivial matters, only currently applies to Part 1 cases.

A reversion to the ECE would also mean, with amendment to the Extradition Act 2003, that extradition arrangements with the EU would again become a political decision, with the involvement of the Home Office, both in the certification of extradition requests and in the making of an extradition order. The introduction of the EAW removed the politicisation of extradition decisions.

The biggest concern is likely to be the ability of EU Member States to refuse to extradite their own nationals. Article 6 of the ECE permits contracting parties to refuse extradition on the basis of their nationality. This could become problematic for prosecutorial bodies such as the SFO where they seek the extradition of nationals of EU Member States who are said to have been complicit in bribery and corruption where the harm of such conduct is felt in the UK. The SFO will be aware of jurisdictions outside of the EU that do not extradite their own nationals. To have EU states join that list could pose a problem.

The next 8 months will see the future of the UK, and in particular the future of its extradition arrangements, intensely negotiated with the EU. Whether the UK will leave the EU with a deal or not is yet to be seen. What that deal will look like is a matter of speculation. Without doubt, the extradition arrangements the UK currently has, with its ability to participate in the EAW scheme, whilst far from perfect, are a better option than the two alternatives set out above. Out of these two alternatives, an EAW style arrangement would be preferable to reversion to the ECE (albeit reversion to the ECE would be better than seeking to negotiate bilateral treaties with each EU jurisdiction).

Despite the lack of clarity, what is abundantly clear is that the UK will not be a part of the EAW club after the end of the transition period. We may end up with something in place that resembles it. That is the best that can be hoped for. 8 months is not long and there is lots to talk about.

As a partner at Corker Binning, Edward is engaged in advising on a variety of criminal litigation matters, particularly in the business crime arena as well as his extradition work. Edward continues to advise individuals under investigation by the SFO, HMRC and FCA. Edward is an experienced criminal lawyer, having conducted a wide range of criminal cases from police station to trial. His criminal litigation practice covers a broad spectrum of offences ranging from complex fraud to serious sexual offences, offences of violence and murder. Edward has provided advice and representation to individuals facing extradition to a wide range of jurisdictions such as the Republic of the Gambia, United Arab Emirates, the Ukraine, the Russian Federation, the USA, Canada, Australia, New Zealand, Peru and India. Edward has had conduct of hundreds of European Arrest Warrant cases from almost every EU state. Edward’s expertise in extradition law was recognised by the House of Lords Extradition Law Committee in October 2014 when he was called upon to give oral evidence to the Committee. Edward’s evidence featured prominently in the Committee’s report published in March 2015. Edward is the co-author of ‘Extradition Law: A Practitioner’s Guide’ that is published by Legal Action Group. He is the Chair of the Defence Extradition Lawyers Forum.

This article was originally published in The Law of Nations and can be accessed here.
e: eg@corkerbinning.com t: +44 (0)20 7353 6000
View Full Profile 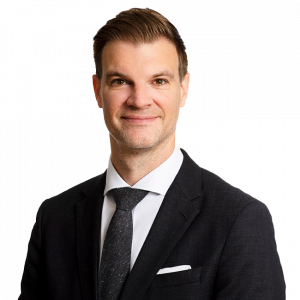