This article was co-authored by Abigail Bright.

This piece follows yesterday’s hotly anticipated episode of The Archers. For more background to this ‘case’ see ‘When Helen stabbed Rob (Part One)’.

Monday’s listener heard that Rob remains alive! ‘Dear God, he’s breathing’. With Kirsty’s words, listeners learned Rob survived Sunday’s stabbing. Listeners had thought (hoped?) he was no more. Paramedics came in the aftermath of a violent struggle between Rob and Helen. Rob had presented Helen with a knife and the words, ‘You’re nothing without me, Helen. Nothing’. Immediately before the struggle, Helen blurted out ‘You’re a monster!’ Helen emerged from it with but blood on her sleeve as spied by Kirsty—and two years’ worth of studied manipulation at Rob’s hands.

Helen hasn’t (yet) killed Rob. Is she in the clear?

No. Helen’s journey on the course of the criminal justice system has only just started. Paramedics arriving at Blossom Hill Cottage—the locus in quo—summed up the seriousness of Rob’s injuries when one said he was ‘lucky to be alive’. Police attended. Helen was arrested for what police said was ‘wounding’ (with intent to cause grievous bodily harm, we surmise). Wounding or inflicting grievous bodily harm with intent is an offence contrary to section 18 of the Offences against the Person Act 1861. In the event of conviction for that offence, a maximum sentence of life imprisonment is reserved for the worst examples of such offending. Police have yet to refer Helen’s case to the Crown Prosecution Service (CPS) for a decision as to what, if any, criminal charge is appropriate against Helen. We would advise Helen that she should be prepared for the CPS, if Rob does not die of his injuries, to arrive at the view that the appropriate charge is one of attempted murder. In principle, there is no reason why, having been arrested for one offence, Helen should not be arrested and charged for another, radically different, offence. That is liable to happen as and when police investigate the scene, question witnesses, speak to Rob, and gather all evidence that is capable of demonstrating the seriousness of what occurred. A charge of attempted murder is a real possibility in this case. Helen will be advised by police and her lawyer that what she says, or does not say, may have consequences for her in court. Anything she says to police will be recorded. It may be used in evidence against her at a trial. What Helen says to police, or does not say, may have a bearing on the decision of the CPS as to the appropriate charge or charges she will face. The gravity of the injury alone is such that Helen is inevitably going to be charged with an offence or offences, in due course. This is not a case where no action will be taken, even if Rob were to seek to exert his influence further and were minded to ask police not to charge Helen at all. Rob’s view—as an apparent victim of a serious crime—would be considered, but is not determinative of the decision to charge Helen with an offence or offences.

Legally, is Helen better off if Rob’s life support were withdrawn by the hospital treating him?

There may come a point, on medical grounds, when Rob’s life support system is withdrawn and, without it, he dies. That is one predictable scenario for which Helen should be prepared. We should proceed on the reasonable assumption that Rob receives competent emergency assistance and competent hospital treatment. If his life support is withdrawn on medical grounds, Helen is liable to face a charge of murder. The difference for the prosecution between a charge of murder and a charge of attempted murder is one of a dead body. In law, if a court is sure that Helen caused the significant injury to Rob—as opposed to it having been accidental—then Helen is causally responsible for any termination of Rob’s life that may well follow, with or without life support.

If Rob survives, how’s it looking for Helen?

Cross-examination of Helen at a trial—if she elects to give evidence in her own defence—will turn on how clearly and persuasively she can say what happened. To do that well, Helen will need to be clear in her own mind about the order and sequence and significance of events. What Helen has said to other people is very likely to feature at her trial. The general approach of the courts is that what a person says against their own interest is more likely to be true than what a person says in their own interest (because the latter is usually self-serving and intended to be exculpatory). What were Helen’s first words to anyone about what had happened? Moments after Rob’s collapse from his injuries, listeners heard Helen telephone Kirsty, her longstanding friend. Kirsty was already aware that Helen planned to leave Rob. Helen had told her she intended to do it after she and Rob had eaten supper, together, at their home. On the phone, after the stabbing, Kirsty heard Helen gasp that she didn’t know what to do and that Rob ‘made’ her do it. In due course, a jury will learn what time Helen made that telephone call, how long the call lasted, and, if Kirsty cooperates with police and the court, what was said between Helen and Kirsty. Helen told Kirsty on the telephone that she, Helen, had to stop Rob. Kirsty didn’t understand what she meant. Helen said ‘He’s dead…I killed him’. At a trial, the prosecution may well submit to a jury, if they take the view the evidence supports it, that those words are consistent with Helen having intended to kill Rob. The defence may contend that Helen’s words did no more than convey what she thought had factually happened to Rob.

What Helen has said so far to witnesses—including Kirsty and the police officers attending to assist at the scene—is not ideal in terms of Helen’s defence case. ‘He was shouting at Henry’ is the first thing Helen told Kirsty about how and why the struggle and stabbing happened. Helen wasn’t able to say more than that to Kirsty while the two spoke on the phone, after the stabbing. That account plainly doesn’t do justice to Helen’s defence case. It fails to capture the full and relevant information:

No one is a counsel of perfection. No one is able to relay completely, under such conditions of stress, the fullness of what happened. Against that, words matter—and they matter most in courtrooms. What Helen said, at the scene, or failed to say, will be dissected in detail and pored over in the cold light of a court.

Helen’s best defence in law is self-defence. She hasn’t yet managed to put self-defence in issue. She told Harrison, one police officer, in the presence of other officer colleagues, that she couldn’t stand Rob any longer, and she didn’t know what else to do. She was so sorry. Rather optimistically, and intended to comfort rather than give any promises, Harrison replied, ‘Don’t worry. We’ll get to the bottom of it.’ Whether or not there is sufficient basis in law for self-defence to be put to the jury remains to be seen. In principle, self-defence is available to Helen, but that defence relies on her telling police in interview why it was that she genuinely thought she had no choice than to act as she did.

Is Helen bad—or is she mad?

Listeners have reason to think she’s neither mad nor bad. We’d first need to know all the evidence before hazarding an answer. The evidence includes what both Helen and Rob will each have opportunity to say to police and in a courtroom about their own and each other’s perceptions and demeanour. Ultimately, of course, it will be for a jury to decide whether Helen is bad—or mad—based on all the evidence that is put before them by both the prosecution and the defence. Unless, that is, Helen accepts having used unlawful force and having caused injuries sustained by Rob while—crucially—having had the requisite criminal intention. We would not advise that course. We would advise that Helen places her trust and confidence in a jury cutting through the issues at a trial so as to decide where the justice of the case really lies.

Helen has flouted the statistics. She’s foremost a woman (albeit fictional, but vividly portrayed) rather than a number or an entry on a spreadsheet, but it’s worth taking a statistician’s view of her predicament. Her stabbing of Rob, her male intimate partner, is a reversal of what police and prosecutors might well expect to happen when men and women in a relationship have a heated argument. Stabbings remain rare. Women are, though, more than three times as likely as men to be murdered by a—male—current or former partner. Figures from the Office of National Statistics (2015) reflect the assaults and killings of which police are aware. Those figures show, on average, a woman is assaulted thirty-five times before making her first call to police. Two women are killed every week, in England and Wales alone, by a current or former intimate partner. That means a woman is killed by her (ex) partner every three days in this country. A quarter of women in this country experience, or will experience, domestic violence in their lifetime.

This article was originally published by LexisNexis Family Law. 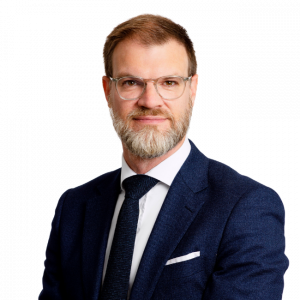